Great White performs in the music video "The Angel Song" from the album "...Twice Shy" recorded for Capitol Records. The music video starts with

Madonna: This Used to Be My Playground (1992) watch online 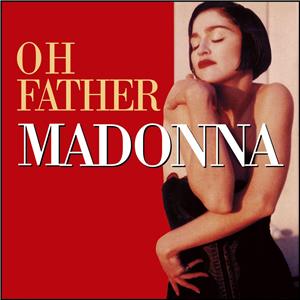 The music video of the song was Madonna's attempt to embrace and accept her mother's death. Directed by David Fincher and shot in black-and-white, it shows a little girl playing in the snow, as her mother dies. A grown-up Madonna follows the child and sings the song, as the child runs away from her abusive father. Described by reviewers as "autobiographical", the video was listed by Rolling Stone as one of "The 100 Top Music Videos".


Negative reception for the song was given by Mark Browning, author of David Fincher: Films That Scar, who called it one of Madonna's weakest efforts, due to the verses sounding more like musical theater than a pop song.

"Oh Father" is a song by American singer Madonna from her fourth studio album Like a Prayer (1989).

The song was not released as a single in most European territories until December 24, 1995, when it appeared on the 1995 ballads compilation Something to Remember.

Written and produced by Madonna and Patrick Leonard, the nexus of "Oh Father" was the presence of male authoritative figures in Madonna's life, most prominently her father, Tony Ciccone.

"Oh Father" was performed only on the Blond Ambition World Tour in 1990, where Madonna portrayed a woman trying to find her religion and her battle for it.

In an interview with Paul Zollo, Madonna commented that the "Father" can refer to Tony, God or all the "authorities in her life".

Lennox Samuels from The Dallas Morning News felt that the "great sense of being hurt that is present in 'Oh Father' is far more relatable than any other Madonna song."

On the European Hot 100 Singles, the song debuted at number 73 on January 13, 1996. The next week, it reached its peak position at number 62 and became Madonna's lowest-charting single on the chart up to that point.

The music video has been honored by Rolling Stone as one of "The 100 Top Music Videos", placed at number 66.

In 1991, the video received a nomination at the 33rd Grammy Awards, in the category of Best Short Form Music Video.