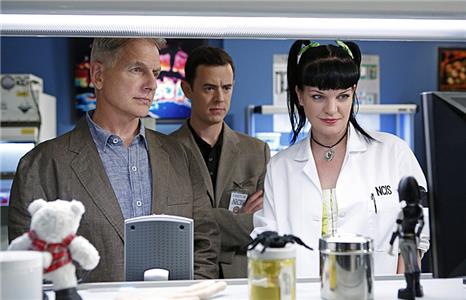 Parsons confronts Morrow (about the sidelined investigation), and the latter rebuffs him; moments later a bomb explodes at the site of a formal dinner, thereby killing the SecNav and injuring Morrow and others. Gibbs strides into the office, meets with Vance and McBride's CO, and volunteers for a highly sensitive special operation; Gibbs goes to Iran; Tony makes plans to go to Tel Aviv. Soon Gibbs gets into a gunfight in Tehran and runs into Parsons, who makes a semi-apology; Gibbs and Parsons investigate. Ducky and Palmer deal with an intruder. Before Tony leaves, someone shoots up his pad; Tony chats with Vance; Tony calls McGee, whom Fornell intercepts and takes to a meeting at Tony's place; Vance visits Morrow, who says that Ziva is the next target. Gibbs and Fornell find out who changed McBride's orders; they do business in Arizona; Tony talks with Adam, who tells him about Ziva and her activity. [To be continued.]


"Whiskey Tango Foxtrot" is part of the military alphabet code which spells WTF, which is a euphemistic abbreviation for a phrase containing a swear word.

The premiere had to be quickly re-written following Cote de Pablo's last minute decision not to renew her contract.

This episode marks the first physical appearance of McGee's love interest Delilah Fielding. She was first mentioned in season 10 finale "Damned if you do".