A Chinese chef accidentally gets involved with a news reporter who filmed a drug bust that went awry, and is now being chased by gangs who are trying


A detective with questionable methods enlists his group of friends to take down the drug dealers who control his city. 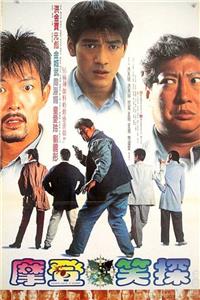 Sammo Hung plays a cop on the trail of drug dealers. Customs officer Yuen Biao is investigating the same gang. Sammo's new partner is eager-beaver Takeshi Kaneshiro. Despite each having their own ideas on how best to proceed, they are teamed together and must put aside their differences in order to crack the case. Romance, plot twists, comedic asides, and, of course, plenty of fights bring the film to a climatic and bruising conclusion.


The film was intended to be the first reunion since 1988's "Dragon's Forever" for Hong Kong's 'Three Lucky Sons'; Sammo Hung, Yuen Biao and Jackie Chan. Jackie Chan was set for the role of Inspector Tang Chuen-Shek, but pulled out due to contractual obligations with Rumble in the Bronx (1995). Takeshi Kaneshiro replaced Chan in the role.

A big inspiration for the movie was Stephen Bocho's NYPD BLUE, which can be witnessed in the camerawork, and the extensive unlicensed use of the theme from the show at various times in the movie.

During the shooting of this movie, Takeshi Kaneshiro began to study Chinese martial arts under the direction of Robert Samuels, Samuels is not only a student of Sammo Hung, Yuen Biao, Dick Wei, Billy Chow, Lam Ching-ying and Lau Kar-leung.