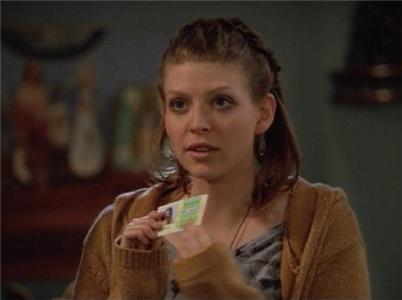 While trying to find a way to make Buffy forget about her afterlife experience, Willow inadvertently casts a spell that erases everyone's memories. {locallinks-homepage}


When Willow tells Dawn about her attraction to women, she uses the exact same words she did in the season 3 episode "Doppelgängland" to describe her evil vampire self: "And I think I'm kinda gay!".

The tweed suit worn by Spike in his guise as Giles' son "Randy Giles" is the same one used in "Restless" for Xander's dream, where he also described Giles as "Like a father to me".

The neighborhood Buffy and Spike fight in is the Desperate Housewives (2004) neighborhood set (also used in the film Les banlieusards (1989)).

This is the first time Michelle Branch appears in a TV series singing 'Goodbye To You'. The second time is on 'Charmed', another WB network show featuring witches.

No matter what reality or dimension Willow finds herself in, she's always mildly surprised to realize she's "gay".

When Spike realizes he is a vampire, as well as deciding that (like Angel) he must be "a vampire with a soul", on a "mission of redemption", he claims that: "I help the helpless". "We help the helpless" is the slogan of Angel Investigations in the spin-off series Angel (1999).

The memory loss that the Scooby Gang underwent will later happen similarly to the Angel Investigations crew in "Spin the Bottle".

After losing her memory the name Buffy chooses for herself is Joan. This may be an allusion to Joan of Arc who was historically a female warrior and a martyr, like Buffy herself. Also, Buffy's (as Joan) last words before regaining her memory are "don't mess with Joan of..." Before she was cut off.

After losing their memories, when Spike and Giles realize they're both British, they suspect they're related some how - possibly as father and son (Giles being the father).