Inspired on a Sunday night by the need for inspiration and motivation to pursue what one wants. The film looks to one of Andy Warhol's quotes as this 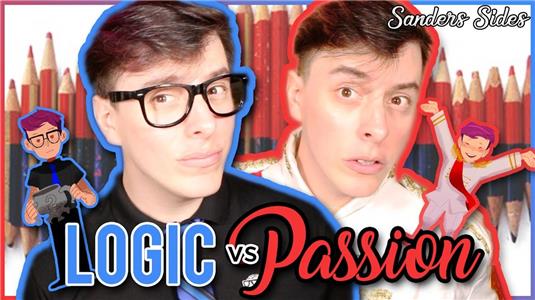 
This episode is by far the one that has taken the longest production time ever as of release. Production was started around March 15, 2018. It had to be halted when Joan Stokes had to go to hospital to undergo an intrusive stomach surgery to fix, as Joan said in their Tumblr account, a hernia that had been causing them continuous pain in the stomach for months.

After Joan went out of hospital, production was resumed, but, even though the surgery was totally successful, Joan was still on recovery, and since their work was vital in the episode, not only assisting Thomas Sanders in acting direction during filming as usual, but also acting themselves and doing lots of animations and editing, they all had to schedule short sessions to let Joan rest and not endanger their health.

A first possible release date was given of April 7, 2018, but the heavy lot of work and the short time they could spend each day to do it without putting Joan on risk meant a delay of nearly a week, until the final release date was settled on April 12, 2018.

This way, production took around 28 days from start to finish, more than four times the amount of days for a normal episode of season 2, and a far cry from season 1, when three days of filming was considered a huge record.

Thomas' scenes were, as usual, the first to be filmed, before production was halted. Scenes with Logan and Roman, which were filmed two weeks later, show a slight change in Thomas Sanders' appearance, as he had lost some weight and had had a slight haircut change in the mean time.

First "Thomas Sanders" YouTube production in general and first "Sanders Sides" entry in particular where the production team would credit themselves as "The Foster Dawg Team". "Foster Dawg" was Thomas Sanders' first user name and the name he was known for in the first months of his Vine career before rebranding solely as "Thomas Sanders". It is inspired on the name of his first dog, Foster.

When filming ended, the team ended up with more than 12 hours of raw footage which after hours of work on editing, choosing, discarding and combining, ended up in the 25 minutes of the final episode.

The scene where an invisible hand pulls Roman's hair to rise him up was done by putting lots of gel in Thomas Sanders' hair, putting a flock of his hair in the crown zone stiffed up, and then shooting the scene fast.

Roman's scenes were filmed in a day. Logan's scenes on the other hand, as they were filmed just after Joan Stokes went out of hospital, took three days to be done.

Terrence Williams Jr. hand-wrote all of Logan's slides. He wrote them phrase by phrase, word by word or even letter by letter (also drawing by drawing if any) as it was needed, while Joan Stokes made photographs of each change, to later make the animation of the slides writing themselves in the video. The whole process took three days to be completed.

Thomas Sanders and Joan Stokes felt that showing only Logan's and Roman's motivation about why Thomas makes videos did not convey all the real motivations behind their work. Logan said that videos were made only to get income and financial security, and Roman said that videos were made to fulfill their creative dreams and help reach their goals. Since in the rest of the story Patton, Virgil, and even Deceit only made short cameos, Joan decided to include only Patton and Virgil in the ending card so that Patton could tell Virgil the one main motivation that they felt was missing, which is that they also make videos to make people happy, to make them laugh and smile and put some light in the world.