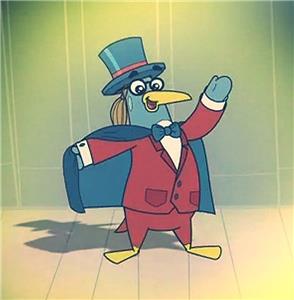 When Oto shares his homemade rock candy, the Team sees an odd similarity between the candy and a picture of giant crystals in Oto's rock book. It sounds crazy, but - are those giant crystals candy? Tempted by the idea that they might be, they set off to CHIHUAHUA, MEXICO, to find out. Gabi is happy to lead the expedition down into the cave of giant crystals - but not so happy to admit when they become lost. Fortunately, Fico's candy fixation helps them find the way out. It turns out, their candy looks like a crystal because it IS one but not all crystals are candy. When amateur magician Doki accidentally makes Gabi's worm 'vanish', Gabi is in a panic. How can they bring Lancelot back? To find out,/Team Doki travels to a magic show in LAS VEGAS, NEVADA to ask for help from a real magician named The Fantabulous Fenn. The trouble is, the 'Magician's Code' won't let him share magical secrets with anyone but another magician. Will the team be able to come up with a magic trick to prove ...