The misadventures of the family staff of The Shady Rest Hotel and their neighbors of Hooterville. 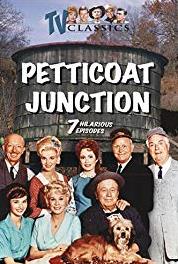 The Governor has announced that he will be making a grassroots tour of the state's hinterland. In Uncle Joe's mind, that means he is coming specifically to see them, and as such they have to make a big fuss for his arrival "to put Hooterville on the map". However, no one else in the valley is one bit excited, especially as Joe made them all make a fuss when he once thought the President was visiting, with not a President in sight that time. The Governor has also not yet announced his itinerary, although he has said that he is welcoming invitations from interested communities. Uncle Joe has ulterior motives in getting the Governor to visit Hooterville, including being able to advertise after the fact that the Governor slept at the Shady Rest, and being able to unload a bunch of pennants he was going to sell for the President's supposed visit. With all Uncle Joe's maneuverings, the question becomes whether this situation is another President's visit all over again.