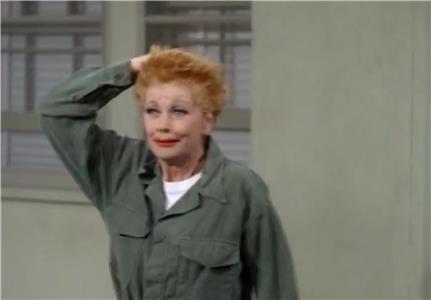 When a letter arrives from the US Government, Lucy finds that she's mistakenly been drafted. Instead of "Lucy," the letter is addressed to "Lou C." She sets off to the draft office to correct the mistake, but due to stupid "rules and regulations," Lucy finds that she has to become a Marine until the paperwork gets straightened out. She proceeds to make life miserable for her sergeant.

Lucy gets a letter from her son "Jimmy" Carmichael. In previous seasons, his name was "Jerry" Carmichael, but the actor's name was Jimmy Garrett.