When a group of filmmakers trek deep into the woods to investigate a missing persons case, they inadvertently start a chain of events that lead to

The Ark, the Shroud and Mary: Gateway into a Quantum World (2006) watch online 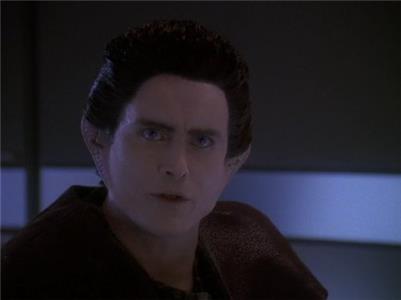 A renegade group of Jem'Hadar have captured a Gateway, a device allowing instantaneous transport virtually anywhere. Sisko must lead a combined task force of Federation, Bajoran and loyal Jem'Hadar fighters to destroy the Gateway before it can be used on missions of conquest.

Worf makes reference to the Star Trek: The Next Generation (1987) episode "Contagion," in which the crew of the Enterprise-D destroy an Iconian gateway to keep it out of the hands of the Romulans.

Plot reveals that The Dominion has been in existence for over 2000 years - which would put its emergence around the 4th century A.D. on Earth.

This episode was directed by LeVar Burton, who played Geordi La Forge in Star Trek: The Next Generation (1987).

This episode featured the second Iconian gateway after its introduction in TNG: "Contagion". Some of the places shown in the Iconian gateways are Starfleet Command, Paris, and Bajor.

Jeffery Combs has the distinction of portraying eight different characters on Star Trek series. He has played the roles of Brunt, Weyoun, Shran, Tiron, Kevin Mulkahey, Penk, Krem, and a holosuite guest. He is one of only five actors to play seven or more different characters in the Star Trek franchise, the others being Randy Oglesby, J.G. Hertzler, Vaughn Armstrong and Thomas Kopache. Coincidentally, Combs has appeared on Star Trek with all four of those actors.

The name of Clarence Williams III's character, Omet'iklan, may be a reference to Robinson Crusoe on Mars and/or one of the Mayan languages. In RCoM, actor Victor Lunden drew much of his character's alien language from Mayan, and oh-meh-TEEK-lahn was a term his character used for a friend.

This episode was filmed after "The Quickening" but it aired the week before.

47 Reference - Sisko gives his briefing in front of a display of Tactical Scan 047.

"To the Death" was the fifth episode of Star Trek: Deep Space Nine that LeVar Burton directed and the first of his five to feature the Jem'Hadar.

Worf says he was part of the mission that discovered the Iconian gateways. This is true. In the 1989 episode "Contagion", the three characters who beamed down to Iconia were Picard, Data and Worf.