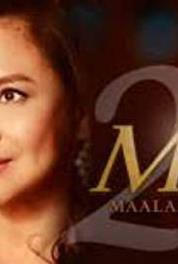 Kat-Kat (Eliza Pineda) experiences her first brush with young love at 13. She becomes instantly attracted to Roel (Joshua Dionisio) after she laid eyes on him at the carnival where his family sells popcorn every December. Then she gets heartbroken when she learns that Roel is interested in her friend (Mikylla Ramirez) and merely wants her to act as their "bridge". She begins to dream again however when Roel suddenly turns his attention to her. With him she encounters all the firsts in her life: first time to be showered with love other than her parents, first kiss, first hug, first date and other kilig moments that will be forever etched in her mind. Her joy however didn't last long since Roel's family has to leave as soon as Christmas season ends. Kat-Kat gets disappointed when Roel rarely communicates with her over the months that followed. Then when December finally arrives, she meets Roel again but this time, she discovers that he has found a new girlfriend! With her parent's ...