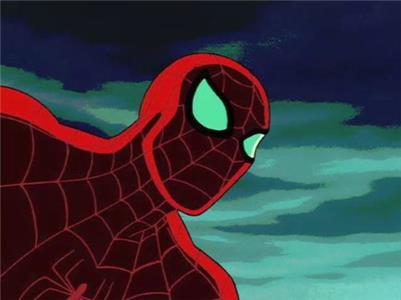 Five of the Forgotten Six reunite and team up with Spider-Man to stop the Kingpin from activating the Dooms Day Weapon. But during the process of activating it, Captain America and Red Skull are returned.


The Six American Warriors Include: Destroyer (Keene Marlow), The Black Marvel (Omar Mosley), Miss America (Madeline Joyce), The Whizzer (Bob Frank), The Thunderer (Jerry Carstairs) and their leader Captain America (Steve Rogers). All of these heroes are from the Golden Age of comics and were featured in comics from the 1940's published by Timely Comics (before they became Marvel Comics and only Captain America appears in Marvel Comics).

The Rhino only speaks once, but his voice is not done by voice actor Don Stark this time. Richard Moll provides the voice for Rhino's lone line of dialog.

Destroyer/Keene Marlow finds out The Black Marvel was actually Omar Mosley all along instead of Dan Lyons. Originally Dan Lyons volunteered to become one of the Six American Warriors, but his millionaire father, an influential senator with a bunch of security clearance, found out about it and forbade it. To him it was a dangerous risk unfit for his offspring. However, Omar Mosley, volunteered to replace him. They let everyone in the secret service think Dan was the Black Marvel and Omar was his African-American chauffeur, times were different back then. In the comics, Dan Lyons was actually the Black Marvel.

After The Kingpin collects and tries to use the six Doomsday Device keys, The Chameleon reveals himself as the traitor among the Insidious Six. Kragov, a.k.a. the Red Skull's son Reinhold Schmidt, reveals the Red Skull created the Chameleon's technology and trained him how to use it when he was just a boy, he was like an adopted son in their family.

Kragov makes Dr. Gretzig and Mr. Lentz activate the controls to bring the Red Skull out of the matter/anti-matter vortex. However, to the villains dismay this also frees Captain America, the heroic leader of the Six American Warriors who believes in the free world.