A popular clown duo discover it takes more than impeccable timing to keep their marriage together. 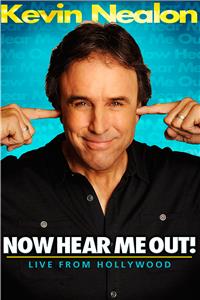 Kevin Nealon takes the stage in his very first stand-up comedy special. Kevin brings his wry wit to bear on topics ranging from getting older, avoiding conflicts, and birthing babies. A master of misdirection, Kevin keeps his audience on edge with his impeccable sense of timing and delivery.