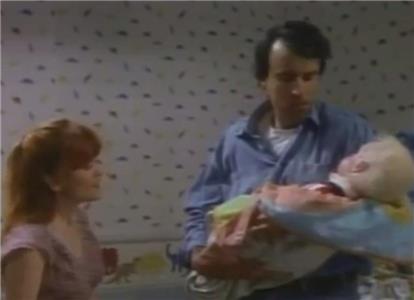 Wendy (Julie Brown) and Louis (Kevin Nealon) are parents to a baby, Eric. Eric's quite a handful, however, and meat delivery boy Teddy (David Spade) is bringing food to the house every day. The audience learns after just a few minutes that Eric is violent, eats only meat, likes to start fires, and is a monster with 37 fully formed, sharp teeth. Louis says that Eric can tell that Wendy isn't bonding with him, and that's why he's such a problem child. They call in Babs (Peggy Rea), an older woman, for advice. But it's only when a serial killer gets into the house that Wendy learns how important her relationship with Eric can be.