Dahlia is a short film about a brother and his sister in search for "Paradise" in a post-apocalyptic world.


In a post-apocalyptic world, an isolated survivor is living amongst devastation, trying to rebuild the world he once knew.


One lone man must overcome starvation, disease, and depression a post apocalyptic world.


A post-apocalyptic science fiction. A total collapse of the civilized world leaves a part of Europe inhabitable. Small groups of people survive in 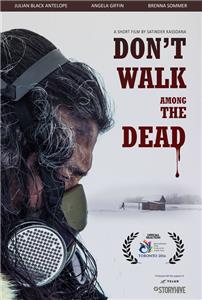 Struggling to find a safe haven in an ice cold post-apocalyptic world, when a deranged survivor crosses path with a young girl, she has to choose between her sick sister's life or her own survival.

The film was shot on 8th and 9th January 2016 on historic Graham Ranch near Dorothy, Alberta, Canada. These two days happened to be the coldest days in recent two years and temp went down to -30 degrees. It was extremely hard for crew, specially actors to work under these extreme conditions as their costumes weren't designed for that weather.

Writer/Director Satinder Kassoana won a short film competition organized by Telus Storyhive and got the initial funding for the film.