Tears For Narcissus is about a sufferer of body dysmorphic disorder, Betty. She undergoes various plastic surgeries before tragically losing her face


A mother gives birth to twins from two different fathers. The twins struggle to form a relationship at the age of 22. 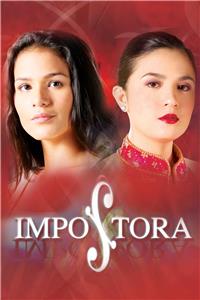 The story starts out with conjoined twins, Lara and Sara, whose successful separation proves to be both a blessing and a curse. When the twins grow up, a freak accident will scar one of the sisters' faces. Nessa's lover, who is also a surgeon, will intervene and restore the face of the twin. But this time, it's a completely different face.

The original cast included Paulo Avelino in the role of Martin Escudero, Stef Prescott in Charee Pineda's role and Jewel Mische in the role of 'Jenica Garcia'.

Sunshine Dizon and Iza Calzado had worked four times before this series, two TV series and two movies. In the hit TV fantasy series Encantadia (2005), and the first political TV series in the Philippines Kung mawawala ka (2001); in both series they both play nemesis. In film, the reprises their role from Encantadia (2005) in Mulawin: The Movie (2005), and in the acclaimed film Sabel (2004).

Iza Calzado filmed all her final four weeks of the series, with the exception of the finale, within three days to go to America to film The Echo (2008).