There's one question Matt would like to ask you: How's your dick?


This 2-hour documentary looks at the people Dick Schaap "collected" during his 50 years in sports and journalism. Schaap finds the unusual stories 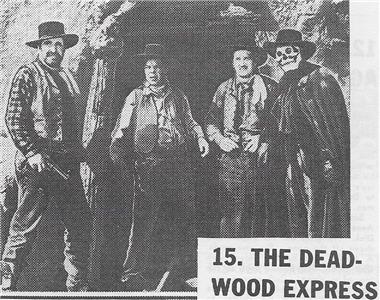 Deadwood Dick, a masked and mysterious hero, is in reality Dick Stanley, editor of the Dakota Pioneer Press and a leading member of Statehood For Dakota. He is on the trail of a masked villain known as the Skull, who leads a violent, renegade band infamous for its violence against the Deadwood residents' wishes for a statehood status.


The story that the Deadwood Dick character in this serial was intended to be black but was played by a white actor to "appease" the studio executives is strictly an "urban legend". There was a real-life black cowboy known as Deadwood Dick, but this serial was based on a completely different figure, a fictional pulp hero named Deadwood Dick from turn-of-the-century dime novels. Hence, there was never any question of making the serial's Deadwood Dick black.