A real 'Out of Africa' in the Namibian landscape, life and love beyond boundaries.


Tribes And Clans is a documentary film exploring the genesis of Tribalism in Africa from ancient times until now.


Taka, a Homo-sapiens goes into the adulthood ritual where she has to kill ancient hyenas. Hrkor, the chief of the Homo-sapiens tribe begins the 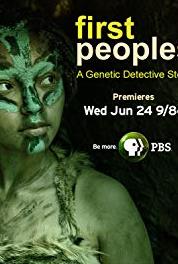 200,000 years ago, a new species, Homo sapiens, appeared on the African landscape. While scientists have long imagined eastern Africa as a real-life Garden of Eden, the latest research suggests humans evolved in many places across the continent at the same time. Now, the DNA of a 19th-century African-American slave reveals that during the early days of our species, our ancestors continued meeting, mating and hybridizing with other human types in Africa--creating ever greater diversity within us.