A collection and presents shots from the actor's flicks. 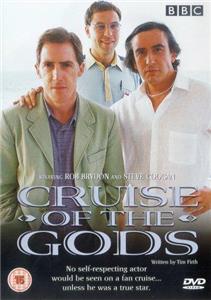 Andy (Brydon) is a struggling actor who has never quite reached the success of his first role as Romak in sci-fi series Children Of Castor. When he finds himself as a hotel porter he decides it time to go on that fan-club cruise he's been putting off for a while. Whilst there he meets Nick (Coogan), his co-star from the TV series. Nick is now a Hollywood success staring in Sherlock Holmes...In Miami. This is the story of the cruise and the surprising events that happen along the way.