Crystal is lead into the back room by a whistle and discovers a mysterious derby.


A dark comedy about a serial killer getting increasingly paranoid about the acts he has committed. 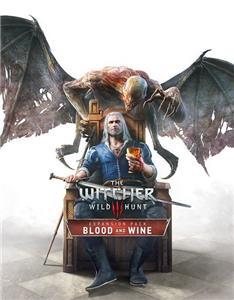 Geralt is invited to the southern province of Toussaint run by a feisty duchess and her order of knights fanatically committed to chivalry to stop a mysterious serial killer monster that's targeting knights with dark past. Geralt discovers that the monster is in fact a vampire that's desecrating the bodies of the knights he's killed to make fun of their supposed commitment to five virtues - compassion, honor, generosity, valor and wisdom. The killer's friend and Geralt's old companion Regis aids Geralt in finding the killer but what they discover about the killer's motives changes everything.


In the quest where we come across the lady who was cursed into becoming a spotted wight by a begger, after we lift the curse she explains that the beggar cursed her for not letting him have some food, its a fine Easter egg of the hearts and stone expansion, description of him and as they talked about it the soundtrack of hearts and stone expansion started playing, this it was Gaunter Odim/Master Mirror who was the beggar that curssed the woman.

When Geralt is granted a vineyard, the house keeper is named Barnabas-Basil Foulty, a reference to Fawlty Towers (1975) Basil Fawlty, owner of the hotel.

The game adds a new Gwent (card) faction: Skellige. The deck was originally meant to be part of the base game, Wiedzmin 3: Dziki Gon (2015), but wasn't eventually completed because of time constraints.

Writer Jakub Szamalek (co-author of the story and screenplay of Wiedzmin 3: Dziki Gon (2015)) announced in early 2016 that this expansion would have been better than the main game, featuring a more unique and memorable central opponent than the ones in "Dziki Gon".

The main cemetery in the game is called Mère-Lachaiselongue. A reference to Père Lachaise Cemetery, the largest in the city of Paris.

The quest where Geralt has to prove to bank clerk he's not dead and is sent on a goose-chase after a form A-38 is a reference to Les 12 travaux d'Astérix (1976), where Asterix and Obelix has to get this form as one of the tasks.

Jan Frycz (Regis) is the second actor to work in the game series to have won the Eagle (Polish Film Award). The first is Agata Kulesza, who provided multiple voices in Wiedzmin (2007). Both are multiple winners.

The limited physical edition of the expansion is released alongside physical versions of two Gwent (card) decks: Northern Realms and Nilfgaard.

When you enter the Land of a Thousand Fables and after you defeat the Cloud Giant you will encounter a Willow O Wisp, as you follow it, it will take into a cavern where you will find a sword protruding out of bonfire, once you ignite the fire you will perform kneeling animation and the sword will be giving to you, this a reference to the bonfires from the Dark Souls series.