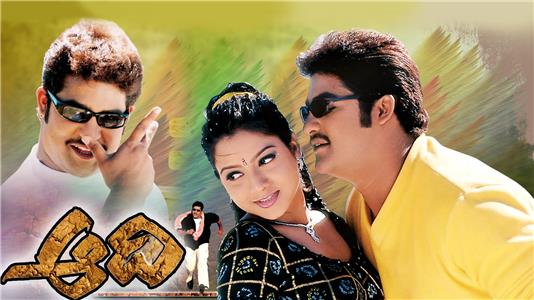 Veera Reddy (Ahuti Prasad), his wife and their child Aadi Keshava Reddy (Nandamuri Taraka Rama Rao Jr./Jr. NTR) return to their home estate in Rayalaseema from America. Veera had left his father's vast estate under the management of Siva Reddy (Rajan P Dev), but realized that he was corrupt and cruel to the villagers. Siva discovers that Veera is intent on distributing the estate among the villagers so they can provide for themselves. Since Siva doesn't wish to lose his lordship over them, he murders the family. Aadi escapes the massacre with Veeranna (Chalapati Rao), a trusted agent of Veera, and is raised as his own. Twelve years later, a grown Aadi is attending college where he meets and falls in love with Nandu (Keerthi Chawla). He returns home from his exile in Hyderabad and meets with several villagers, only to find out that they have been falsely imprisoned for years for the murder of his parents. He vows vengeance against Siva Reddy and promises to distribute the lands as his ...