Scenes of the coronation ceremonies of King Edward VII and Queen Alexandra. 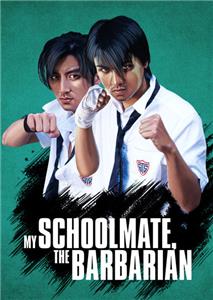 Stone was the King of Fighters at TBS High, until he left the school for a year. Edward, a nerdy student, is accidentally transferred to TBS. Phoenix has a crush on Edward, but is afraid to admit. Stone returns with the vow never to fight. He decides to teach Edward to defend himself. However, Mantis, the current TBS King of Fighters, won't stand for it. He wants to fight Stone to see who te real King of Fighters is. Edward is kidnapped and only Mantis holds they key as to who kidnapped Edward.


Has footage from the video game Project Justice on the Dreamcast mixed in with some of the live-action fight scenes.