The Impressions sing "I Need You" and "It's All Right." Sonny Bono sings "Laugh At Me."

And She Sings watch online


The Go-Go's perform in the music video for the song "Head Over Heels" from their album "Talk Show" recorded for I.R.S. Records. Belinda Carlisle 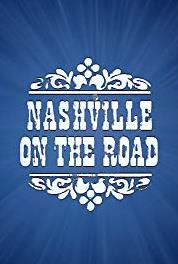 Filmed at Daytona Beach FL Jim Ed Brown sings "Caribbean" then B.J. Thomas sings "I'm So Lonesome I Could Cry". Next Wendy Holcombe plays and sings "Great Balls of Fire" then Jim Ed and the members of his band The Jims go to the beach to sing "Itsy Bitsy Teenie Weenie Yellow Polkadot Bikin". B. J. Thomas sings "I Just Can't Help Believin'" , followed by Jerry Clower's monologue about a Hitchhiker in a Hearse. For the show's final song Helen Cornelius sings "I'm Not Lisa". The show closes with the entire cast and guest BJ saying goodbye.