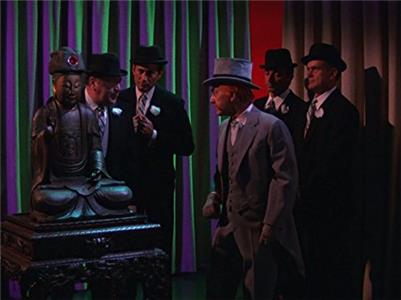 
In one scene, a telephone operator at a switchboard is shown answering the phone, "Pennsylvania 6, 5 oh-oh-oh". In real life, this is the telephone number of the Hotel Pennsylvania in New York City. The number was made famous by a popular big-band song recorded by Glenn Miller in 1940.

The Mad Hatters hide out is a defunct restaurant called the Green Derby. This was an homage or spoof of LA's iconic Brown Derby Restaurant, a famed and fabled location among Hollywood culture.

This was the final appearance of the Mad Hatter.