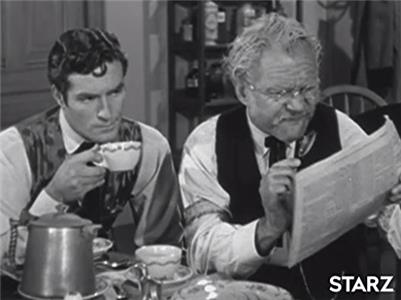 Colonel Josh Clanton is running for mayor of Wichita against Mayor Hope. His campaign promise is to fire Earp to reopen the town. Earp tells the Eagle editor Marsh Murdock that Clanton will win because most of the people don't know the truth about Clanton. Murdock writes a story revealing that Clanton dodged the Army during the war and was dishonorably discharged with his friend Jim Begley for stealing food from the wounded. Earp meets Mrs. Clanton as she tries to reach Doc Fabrique due to a drug overdose. Earp learns she is unlike Clanton and trapped in the marriage with him. Clanton and his men stone the Eagle office but Earp breaks up the fight but not before Clanton vows to kill Murdock if he prints more lies about him. The next editorial focuses on Mrs. Clanton as a drunk unfit for anyone but Clanton. Earp tells her he is not responsible and will get a retraction printed but not before Murdock is shot in the lung. Murdock says Begley shot him but Clanton takes the blame saying he...