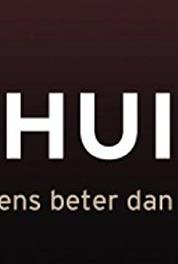 Rosa is sitting with Luc at the bar, while Waldek is fetching his client. When he's out of the door, Rosa walks away, leaving a bit disappointed Luc behind. Later she excuses herself to Luc for using him against Waldek. He says she can use him anytime, anyplace. She gives him a little kiss which Frank sees. Franky passed his entrance exam and celebrates this with Luc, because his parents don't seem to have time for him. Very much to Julia's surprise, she's fired from the Fit & Fun. Ann doesn't dare to make contact with Peggy and Bianca takes Sandrine to Ter Smissen. Rosa thinks Sandrine starts to look like Peggy, but she doesn't seems interested in Sandrine. Mo is positive about Freddy's work, but not about his character. Kris is still upset about what happened between her and Rosa. Mo tells her he forgave her and that's more important.