In a NATO bunker, a young soldier, his wife and his son are made prisoners by a group of Russian terrorists who are threatening to use nuclear 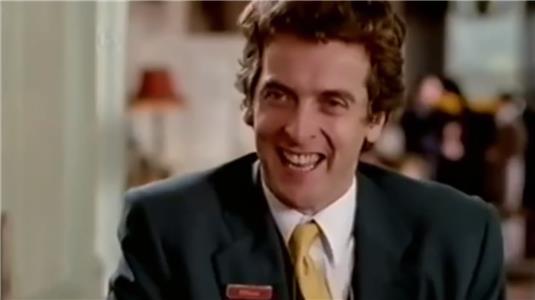 Air Force One is forced to land in a small English village, and the President secretly decamps to a country club hotel. It is soon attacked by a gang of international terrorists led by Ziegler, who holds the President ransom for billions of dollars. The terrorists want the code to his computer, which will allow them to unleash nuclear weapons wherever they choose, but the President refuses to give them the password. It takes the efforts of the hapless hotel manager, Hilton Grilfoyle, and his assistant, Ben Carter to overcome the terrorists using what wits they can muster between them.


Peter Capaldi played the twelfth incarnation of "Doctor Who" in the revived series of the long-running BBC science fiction adventure. Paul McGann played the eighth Doctor in the 1996 television movie and the 2013 mini-episode "Night of The Doctor".

Peter Capaldi played the twelfth incarnation of the Doctor in season eight of Doctor Who (2005). Keeley Hawes played opposite Capaldi in the episode "Time Heist", where she played dual characters, Ms. Delphox, and Madame Karabraxos.