Mike and Mary quarrel, and Mike is ejected from the house. The next day. Mike in the capacity of a window washer, falls from a second story window 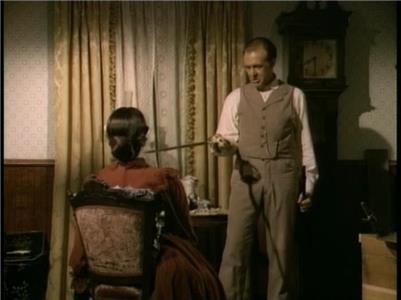 Passing the Oleson's house while out with Mary for a night of window soaping on a spooky Halloween eve, Laura hears a loud argument and peers in the window just in time to witness Mr. Oleson swing his sword... and cut off Mrs. Oleson's head!


In this episode Laura and Mary goes into town on Halloween. It's one of the few times that Laura isnt wearing pigtails. And Mary's hair has been lightened.