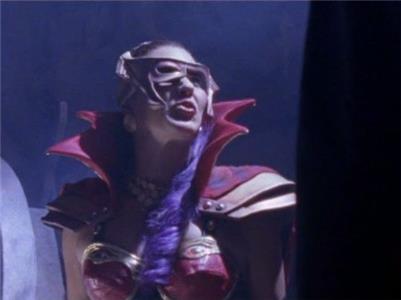 Tommy, Kat, Adam, and Tanya pass their powers on to a new generation of Power Rangers.


Jason, Zack, Trini, Billy, Kimberly, Rocky and Aisha were to appear at the end to join the departing Rangers, basically showing all the Power Rangers who ever existed (up to that point) together. All but Trini were to be played by body doubles and not Austin St. John, Walter Jones, David Yost, Steve Cardenas, Karan Ashley and Amy Jo Johnson.