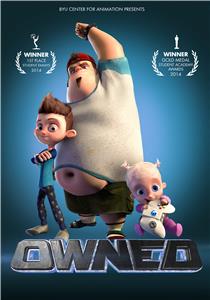 Jeff is the undisputed world champion of 'Super Ultra Mega Fighter Turbo', an online arena gladiatorial fighting game. He is revered, undefeated, with a towering reputation. Jeff spends long hours searching the internet for a foe worthy of his legendary skills, crushing player after player beneath his mighty sandals like so many discarded potato chips. But always, he remains unchallenged. However, through his daily routine of online domination Jeff finds, at last, a worthy foe, and he begins his ultimate battle. There can be only one survivor, could this be the end of our tyrannical champion?