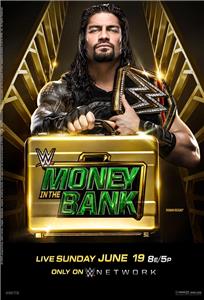 Money in the Bank (2016) is a professional wrestling pay-per-view (PPV) event and WWE Network event produced by WWE. It took place on June 19, 2016 at the T-Mobile Arena in the Las Vegas suburb of Paradise, Nevada. It is the seventh event under the Money in the Bank chronology.


Dean Ambrose became the 2nd person in history to cash in money in the bank on the same night that they won it. The first was Kane back at money in the bank 2010 when he won and then cashed in on Rey Mysterio.

On June 19, 2016, WWE mistakenly showed the original graphics for the MITB Ladder Match with Kalisto as the mysterious 7th man; whom instead, was reduce to a tag team match on the preshow.

Money in the Bank marks the first pro-wrestling event at the T-Mobile Arena Venue which gates open on April 6, 2016. All previous wrestling shows, before that, was hosted in Thomas & Mack Center located on the campus of the University of Nevada, Las Vegas in Paradise, Nevada.

Apollo Crews competed in his first WWE Pay Per View match when he fought against Sheamus in a one on one match.

Alberto Del Rio competed in his last WWE Pay Per View match when he fought in the Money in the Bank Ladder match. He was released from the company on September 9th 2016.

Dana Brooke competed in her first WWE Pay Per View match when she fought with Charlotte against Becky Lynch and Natalya in a tag team match.

First PPV match for Seth Rollins since returning from an injury suffered back in November of 2015.