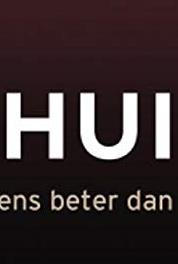 Franky tries to work out a schedule to get all the work done without Waldek and Frank. Eddy wants an hour lunch-break, but with Franky's schedule it's impossible. Luc warns Franky he can't say no to just an hour for Eddy when he gave the other two the day off, while there is so much work. When Eddy is home for lunch, Nancy isn't there, but Martha is. She had arranged with Nancy to be there. Martha is seducing Eddy and he can't stay off of her. Ann gives Femke a check-up, but can't find anything wrong with her. Every woman reacts different on a pregnancy, so there's nothing to worry about. Nancy is over the moon now she knows Femke is pregnant. Leo is on his way to Scherpenheuvel on foot. Waldek and Frank go after him on the tandem. When they catch up with him at a café, Leo is just done with his lunch. Frank is teasing Leo a lot and Leo leaves before them. When Waldek and Frank get out of the café, the tandem is gone. Leo has taken it and the other two have to walk. Jenny also goes to...