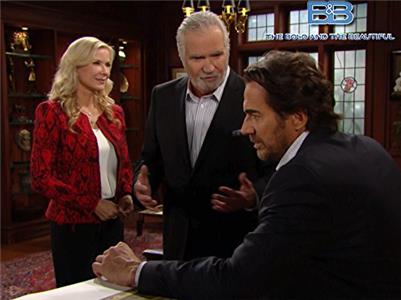 Brooke is taken aback by Katie's accusation of Ridge and Quinn possibly having an affair and suggests that the claim is purely revenge for stealing Bill months earlier. Katie protests and explains that she only wants to guard her sister from harm. Ridge and Eric share a bonding moment before the trip to Australia. As Brooke walks in on it, she is more convinced than ever that Katie's allegation is false. Quinn has a difficult time concentrating on work while being all-encompassed with the thought of her and Ridge being caught. This does not come unnoticed by Ivy who draws the right conclusions, even though Quinn denies that she and Ridge are anything but professional co-workers. When Katie stops by acting protective of Brooke, Quinn quickly turns the tables and warns Katie to stay out of her personal life and marriage to Eric.


The penultimate 60 second minisode showcases highlights from seasons 25 to 27 - including Stephanie's death in 2012.