Sammy, a 5'4" Asian American comic, is comforted by his friends at a Koreatown bar over the breakup of his 5'10" Caucasian girlfriend. Unknowingly,


By the numbers, the untold story of Southeast Asian dropouts. 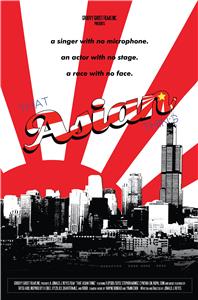 "That Asian Thing" is a guerrilla style, independent documentary that probes the question: Why is there a low impact of Asian-America in mainstream American culture? The director learns about the growing Asian-American community based in Chicago, IL. His excursions start from the first impression inherited by Asians who migrated to achieve the infamous "American Dream." Through assimilation, these Asians strived to succeed in what America has labeled as prominent occupations - the doctors and the engineers. However, society has now reached the fiery and feisty second wave of this race. These Asian-Americans have found their passion in the arts and "That Asian Thing" is their exhibition. "We have our own skills. We got our own style," as told by Jonathan Shauf of the R&B, hip hop group, Inspired By U (I.B.U.). They, as well as artists like Stephen Munoz, the Pacifics, and Cynthia Lin, display mind-blowing performances on stage to prove that there should be more recognized ...