A love triangle and secrets always lead to broken hearts. This is a lesson Stewart, a handsome model, will the hard way. 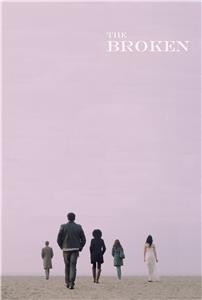 Five individuals with broken souls, seek peace and redemption within themselves.


Several challenges the cast and crew faced during production included: not having a script less than 24 hours before principal photography and having to re-shoot half the film, one day before the deadline, due to a hard drive malfunction (which resulted in more than half the original footage being deleted).

The executive producer had to make several 'executive decisions' throughout the film including: Writing a new script and directing two segments of the film. Needless to say, despite angering several cast & crew members(including the director & the original writers), the film went on to be the first film to ever achieve a 'clean sweep' of all the awards at The Ultimate Filmmaker 7 day Film Challenge.

The Broken was made on a ZERO budget, originally written & produced, in seven days, for The Ultimate Filmmaker Challenge.

Made for the Ultimate Filmmaker 7 day race in NYC, the 'challenge' consisted of 3 objectives that needed to be included. Those objectives were 1. It had to be a drama. 2. A crown had to be used as a prop. 3. The line "those was the days" needed to be said.