Fan made adventure game based on the Žvaigždžiu vartai SG-1 (1997) TV series and presented as one of its episodes. The SG-1 team from the show goes


Evil 2 picks up right where the original left off and explains where the "evil" came from originally. Melitis, Marina, Jenny, and Vakirtzis are still


Set in 16-Bit World, Paul the guardian of Princess Hannah, notices that the ambassador looks familiar, and he's revealed to be the evil wizard. Paul 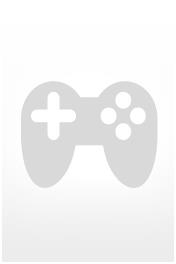 When the distant world of Blobolonia is threatened by an evil and frightening emperor, one of its denizens makes the world-changing decision to stand up for what is right. This brings about his journey to Earth in search of help for his world.

The boy from the original NES game is now sixteen years old and jellybeans are still very much his thing. He remembers his alien pal Blobert from six years ago but no one ever believed him about their adventure and eventually gave up on trying to convince people of. That is until Blobert returns, crash-landing on Earth, to tell him that the evil Emperor of Blobonia, who they defeated in the original, is hiding out on Earth and plans to enslave all Earthlings. Now they must once again defeat the evil Emperor. This time around you'll have more than 15 kinds of jellybeans you can feed to Blobert to transform him into all kinds of crazy items. Items he can transform into include a bomb, a blowtorch, a trampoline or even a suit of armor for the boy. The 3D side scrolling adventure takes place in more than 15 levels, 5 environments and on 2 planets. You'll have to fight thugs and evil blobs along the way while solving puzzles using your blob's multiple abilities. The touch screen is used ...


Originally planned for the Nintendo DS, it was canceled and retooled for the Wii.