The country's railroad industry also developed northwards, with the creation of the Canadian Pacific Railway. 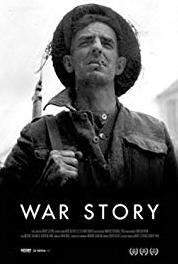 In April and May 1945, the long-suffering Dutch people enthusiastically welcomed their Canadian liberators, establishing an intense connection that has sustained for 70 years. Following victory in the Scheldt Campaign, the First Canadian Army spent November 1944 to February 1945 holding the Nijmegen salient. Throughout, the largest Dutch cities remained under Nazi control, as the Allies, apprehensive of friendly civilian casualties, instead attacked Germany directly. The Dutch would have preferred a more robust strategy. In response to a national railway strike in September 1944, the Nazis shut off millions of urban Dutch from the farms that supplied their food, leading to the Hongerwinter (Hunger Winter). The famine killed over 20,000 people and reduced hundreds of thousands to subsisting on vermin, refuse, and tulip bulbs. After the successes of the Rhineland Campaign in February-March, First Canadian Army - reinforced by the arrival of 1st Canadian Division and 5th Canadian ...