Soon after starting his new job at an old Victorian manor, Eddie Silverton began having strange dreams. Dreams that would be usually forgotten the 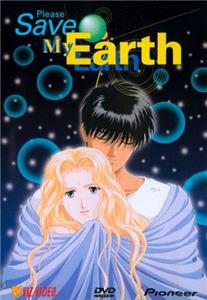 High school student Alice Sakaguchi has been having consistent but strange dreams: she dreams she is an extraterrestrial being living on the moon and monitoring the Earth. These dreams are too strange - and too real - for her to ignore them, and her curiosity deepens when she learns other people are having similar "moon" dreams, including her neighbor Rin Kobayashi and her two classmates Jinpachi and Issei. Soon the four friends meet three other students with moon dreams like them, and the group of seven start to fix together the events and from within their dreams. They uncover a startling truth: the dreams are actually memories of past lives - all seven had been a community of alien scientists who were stationed on the moon to observe and study the Earth. But they discover that the community came to a mysterious and tragic end... and the group faces a disturbing idea: could the deeds, events and memories of a previous incarnation impact on a current one? The group now strives to ...


The manga creator, Saki Hiwatari, received disturbing letters from people who claimed they were experiencing moon dreams like the main characters and so thought they may also be moon scientists reborn on Earth. To immobilize this, she issued a disclaimer that all her work was entirely fictional - a practice she has continued to do even today.

Naoko Takeuchi claims this series was a major inspiration for her popular manga Bishôjo senshi Sêrâ Mûn (1992). Both stories have similar elements: a society of aliens are destroyed, but are later reborn on Earth as humans (mostly teenage students), who start to recover memories of their past lives.

The aliens' names are the names of flowers in Japanese kanji (and some of which hold certain symbolism):

The manga comic this show was based on ran from June 1987-August 1994 and lasted about 21 volumes. This series, released in 1994, covers mostly the first eight volumes of the manga, but also features scenes that appeared in later volumes.

The reincarnations are as follows:

The last scene at the end of the series, where now-adult Alice and Rin meet in a park, is an original scene not from the manga, but was compiled for the series.