Hollygrove, was once home to Marilyn Monroe, is a non-profit organization who's mission is to help kids in crisis and make an impact in their lives.


Mike Wallace hosts Diana Dors (1931-84), the British actress who was promoted as a rival of Marilyn Monroe. Her movie and TV career included 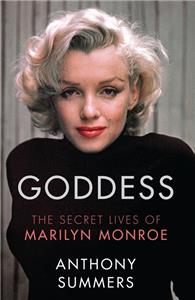 An expansion of the feature length documentary, "Say Goodbye to the President" to mini series length. Spread over four episodes there are additional interviews with mostly first hand witnesses to the last few days of Marilyn Monroe's life. For example, Wally Schaefer, longtime owner of Schaefer Ambulance in West Los Angeles, describes how Marilyn Monroe was taken to a hospital where she passed away. When her body was returned to her house, the police were called four hours later. Jack Clemens, one of the first officers on the scene describes his first impressions of the scene and people present.


Based on the Book "Goddess: The Secret Lives Of Marilyn Monroe" by Anthony Summers.