After Goku is made a kid again by the Black Star Dragon Balls, he goes on a journey to get back to his old self. 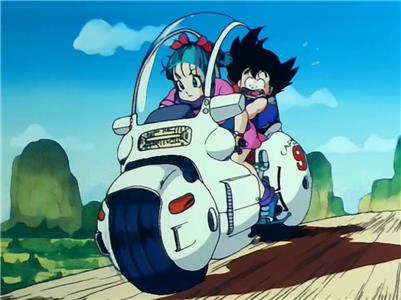 The legend of the Dragon Balls is explained. After doing his chores and fishing, Son Gokû meets Buruma, who is on a quest to find the seven Dragon Balls, two of which she already has. She goes to Son Gokû's house and sees that he has a Dragon Ball, which his adoptive grandfather gave him before he died. When she can't convince him to give her his Dragon Ball, she convinces him to join her on her quest to unite the dragon balls. After leaving, Son Gokû must rescue Buruma from a pterodactyl. Meanwhile, Pilaf finds a Dragon Ball of his own.


In the anime, Pilaf and his cronies appear in this segment - the start of the series. But in the original manga, they weren't introduced until much later.