John and Michael are stranded on a desert island, while Michael does everything in his power to prove that he is the best person to be stranded with.


An emotional journey that reveals the mistreatment of elephants in Thailand and follows a rescue, mountain trek and release of a former trekking 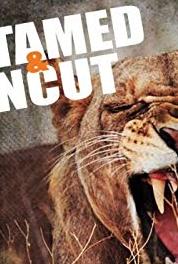 Santiago, Chile: An Elephant falls into a moat surrounding its enclosure, but then is later almost electrocuted by an electric wire that has been strung to keep the other elephants away from the rescue attempt; St. John's, Newfoundland: Rescuers attempt to save a polar bear stranded on a rocky cliff on a small island; Norman, Oklahoma: A helicopter tries to use hurricane like winds to blow a deer from a frozen lake but falls through it; Centerbury, Ohio: A frog jumps onto the head of a snake while it is swallowing another frog, causing the snake to release it; Isle of Skye, Scotland: A member of a rescue team trying to retrieve a cow stranded on the leg of a cliff falls into the surf; Santa Fe, New Mexico: A dog is stuck at the bottom of a 180-foot well.