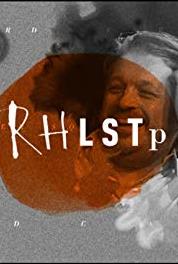 The podcast with the most unwieldy acronym yet RHLSTP (rhlstp) starts with a bang with flame-haired multi-talented genius Tim Minchin chatting about self-penetration, bad reviews, whether Karma has payback and if you can choose your own songs on Desert Island Discs. There's chat about the best revenge to take on a critic, eating face meat, eating lip balm, the effect of shower gel on genitals and the homoerotic subtext of a man helping another man put on his tie. Find out who should really be playing Matilda on stage, how Rich would improve it and his other ideas of which Roald Dahl stories Tim could copy. Also Judas, Jesus and whether atheists and religious people can ever be friends. It's an hour and twenty minutes of incite and silliness, but if you want it to be less then just stop it when you get bored.