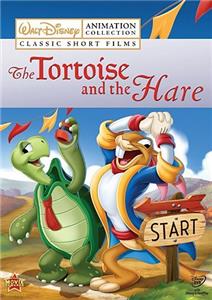 Max Hare is boxing Toby Tortoise, and beating him severely in round one. Between rounds, a Mae West lookalike tells Toby she "likes a man who takes his time", which seems to reinvigorate him. Come round two, Toby pulls into his shell to avoid the fists, wears a diving helmet to survive the water Max pours in, and when Max fills his shell with fireworks, manages to turn them back against Max.


Characters from other Silly Symphony cartoons appear in the audience. Jenny Wren from Who Killed Cock Robin? (1935), and Practical Pig from Three Little Pigs (1933) (as the bell ringer) are the most visible. Also appearing are Dirty Bill from The Robber Kitten (1935), Elmer and Tillie from Elmer Elephant (1936), the Harpo Marx bird from Who Killed Cock Robin? (1935), and Fifer Pig, Fiddler Pig and the Big Bad Wolf from Three Little Pigs (1933). Goofy, Donald Duck and Horace Horsecollar also appear.