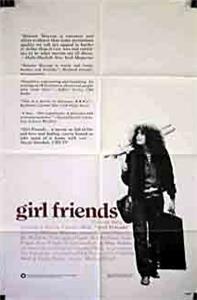 In New York City, Susan Weinblatt and Anne Munroe are longtime roommates and friends. Susan is a struggling photographer who wants to get out of the wedding and bar mitzvah racket, those jobs which she primarily gets through her friend, Rabbi Gold, to selling the photographs she wants to take, but she realizes that she has to pay the rent. Anne is an aspiring poet and academic who looks to Susan as her primary guidance. As they move into a new apartment, Anne drops the news that she will not be moving in as she is getting married to her boyfriend, Martin. This news is bittersweet for Susan who is somewhat happy for her friend, but isn't sure if she likes all that Martin now represents to her. Both Susan and Anne will have to make professional and personal adjustments to their new situations, especially in what it means for not having the other as a constant in each their lives. While Anne has a "Martin", Susan has no one currently to replace all that Anne has been in her life. So ...


Stanley Kubrick raved about this film in an interview with Vicente Molina Fox, which was conducted during the production of Hiilgus (1980), and named it his favorite film of 1978.