A pony fetches help for an injured postman while his dog tracks mail robbers. 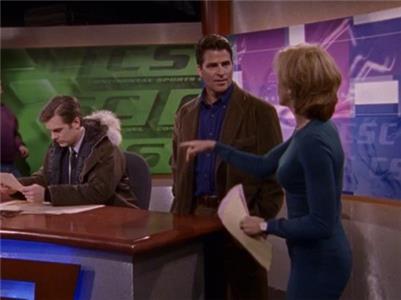 A distracted Natalie keeps forgetting things, while Jeremy tries to shield her from her hate mail.


When Dan is forced to ad-lib his 30-second piece, he makes up a piece of trivia about Tony Orlando being Greek. Afterwards, Casey asks him if it's true and Dan says, "How should I know?" Tony Orlando was, in fact, half-Greek. His father was Greek and his mother was Puerto Rican.

Dana compares Jeremy to Don Quixote then says that she's sure his love for Natalie has been "pure and chaste from afar". This is a line from "The Impossible Dream", a song from the musical "Man of La Mancha" which is based on the novel "Don Quixote".