Tate Harmon makes a solo journey across Mexico and takes a camera along with him. Along the way he observes a variety of spiritual observances, 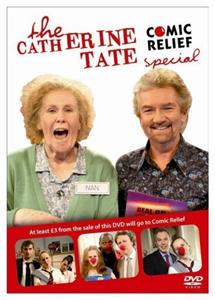 Sketches by Catherine Tate and her comedy troupe. {locallinks-homepage}


The character Derek Faye was based off a fan Catherine Tate had met, assumed was gay and offended when she said she had lots of gay fans (the sketch where the character met Bonnie Langford was almost a word for word retelling of the incident)

It took three and a half hours each day for Catherine Tate to be made up as "Nan".

The character 'Aga Saga woman' was based on an upper-class lady who was rude to Tate on Kings Road whilst she was pregnant.