World-class bots fight to the death for their spot in the robot wars semi-final. 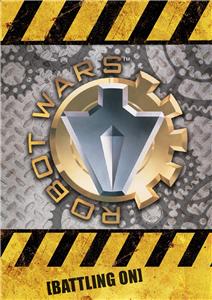 A look into the Robot Wars phenomenon, from the hit TV show's cancellation to its evolution into a live arena show.


Thirteen years before narrating this special, Nathan Head was to appear in season 4 of Robot Wars (1998) with his father and sister under the team name "The Head Bangers" and even went as far as signing the agreement a year before with Mentorn, but the robot was never completed in time.