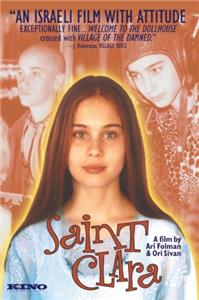 The year is 1999 and the storyline is actually a number of sub-plots all revolving around the 13-year old Clara, a girl that can predict the future and has telekinetic powers. The sub-plots include a boy in her class who has a crush on her, his family, her family and her principal that keeps talking French for some strange reason.

Lucy Dubinchik(Clara Chanov) is actually fluent in Russian, as her character Clara.