Explores the grit and glory in the wilds of North America, Central America and South America. 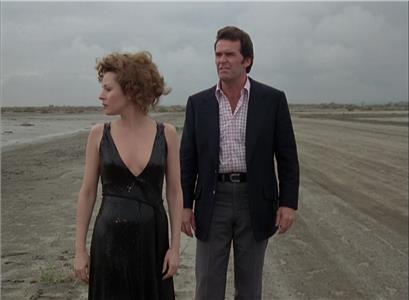 Mistaken identity by federal agents has Jim being sent to South America to help them contact a heiress, who has been isolated by her possessive husband.


None of the regular supporting characters appear in the episode although Jim Rockford makes an allusion to his father at the end.

The episode takes place in 'Tecolote', a word from Nahuatl, in several Central American countries for 'owl'.

The enchanting, delicate-featured, Dorrie Kavanaugh, who plays the brittle Christine Van Deerlin, sadly died a few years after this - her career being cut brutally short - after she being diagnosed with cancer, and only filmed 2 subsequent projects.

One of the very rare episodes were Rockford does not drive his trademark Pontiac Firebird. It is only seen parked by his trailer in the beginning of the episode.

The scene where Rockford dives under his trailer to avoid being shot, shows there's no plumbing, nor water hooked to the trailer. The trailer sits on a parking lot appears not to have been designed to provide sewer and water services for a mobile home.