A crew of tough women band together to form a team of mercenaries to take down a misogynist Sultan.


A catastrophic event announces the existence of a powerful alien being that wants to destroy the world. The event also gives a group of children the 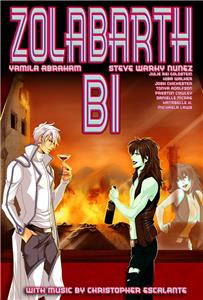 Maximillien controls Zolabarth, a shape-shifting alien powerful enough to destroy all his enemies, and capable of assuming a beguiling form that satisfies all his other needs. Megalomaniac Maximus always achieves his goals. Right now, his goal is to destroy a massive army that tried to draft him using a mind control device. The only way Maximus can accomplish this is with a Rig-mertian: an alien that can transform into an invincible monster. Zolabarth is the Rig-mertian lent out to Maximus. Since Zolabarth is so destructive, his master cursed him with a weaker form. Every time Zolabarth takes his monster form, he has to become a female afterward. Maximus is too elitist to relate to the crass Rig-mertian at first, but after some strange intimate moments, he finds himself drawn to him. When he's suddenly presented with Zolabarth as a female, there's no question in his mind how things will proceed.