A runaway returns home after ten years for a funeral where she must finally face all that she's left behind.


In 1824, Beethoven's conductor was worried about the innovations in his 9th Symphony. 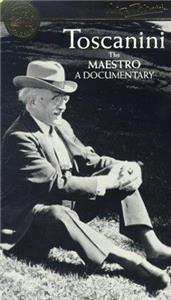 Conductor Arturo Toscanini is shown at his home in New York City and leading tenor Jan Peerce and the NBC Symphony Orchestra in Verdi's "Hymn of the Nations" and "Overture to 'La Forza del Destino.'"


The only theatrical film that legendary conductor Arturo Toscanini ever appeared in. All of his other screen appearances were either in documentaries containing archive footage, or on television, where he appeared in ten concerts which were televised live.